I am a TED Talk reject.

Admittedly, my talk wasn’t all that provocative or novel. It clearly didn’t qualify as an “idea worth spreading,” which apparently is TED’s tag line.

But I was on a mission to conquer my fear of speaking live on camera, and what better way to do so than with a potentially global audience?

I am nothing if not ambitious.

I downloaded all the TED Talk guidelines about how to give a magnificent presentation that TED himself would watch. (And I learned that TED isn’t actually a person but an acronym for Technology, Entertainment, and Design.)

I picked out my dress for the talk. It was purple because that color looks fabulous against TED-Talk-red.

And I told all my friends that I was trying out. Blasted it out on Instagram. Gave a preview of my talk on Facebook Live.

So when I received the “We had a very competitive pool of applicants…” rejection email, I was disappointed. Surprisingly embarrassed. Even ashamed.

And I couldn’t help but wonder if it was worth it. All that effort and energy, for what?

I have a hard time with inspirational quotes about failure. Stuff like, “It’s the process, not the destination that matters.”

Because the destination does matter.

I struggle with questions like, “What would you do if you knew you would not fail?” Because the honest-to-goodness answer is that I’d try to fly.

There are always consequences when we fail, real risks that cause real problems.

Problems like dying, which is what would happen if I jumped off the top of my house and tried to fly.

So as I reflect on my TED Talk failure, I am going to tell you something a bit different than these inspirational quotes, questions, and sayings.

Something that is, dare I say, an idea worth spreading.

Because next week, I am giving my own version of a TED Talk. I have reserved the same theater where the actual, real TED Talk event took place.

There will be cameras to film it. I even have a live audience. And yes, I will be wearing my purple dress.

At first blush, this may seem like a stubborn act, a rejection of my rejection, so to speak.

I was asked to teach an online class and they needed to film it. And because I’d put all that effort into preparing for my TED Talk That Never Was, I was ready.

For me, that’s what failure is all about. That is my idea worth spreading.

Failure makes you ready for the next time. But this time, the next time, your are smarter, wiser, and a little more brave.

Am I nervous about my non-TED Talk? Absolutely.

People might not show up. And if they do, they might not think my ideas are all that provocative or novel.

They may find my purple dress to be a bit much.

I may very well fail.

But if that happens, I will learn new things. I’ll end up smarter and wiser.

And I will be ready for the next time. 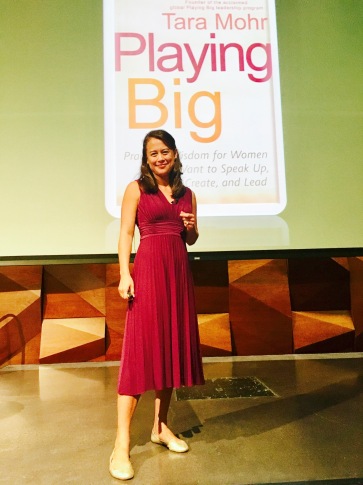 Post-script: Eat your heart out, TED.

2 thoughts on “The TED Talk That Never Was”